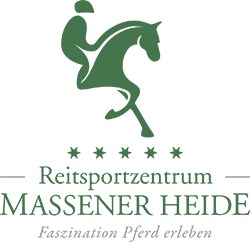 QUATTROMANI OLD is a stunning Quarterback-son, who always and everywhere inspires with charm, noblesse and an outstanding willingness to work. At the Oldenburger licensing, he received the silver medal and returned from his 30-day test having a spectacular marks of 10.0. He earned great marks around nine for his character, temperament, rideability and his canter. 2014, he was able to call the bronze medal at the Oldenburger Landesturnierhis own as well as the silver medal in 2015. QUATTROMANI OLD is a serial winner at riding horse and dressage competitions at novice/A levels. 2015, the board of the Oldenburger Förderverein gave him the affix OLD. He was nominated for the Bundeschampionat 2015 and there he captivated with impressive composure, good nerves, balance and star-appeal.

His father Quarterback won the Bundeschampionat for three-year old riding horses. He received top marks for trot, canter and rideability and is successful up to Intermediare I level. His dam sire, a Trakehner named Latimer was the winner of his stallion performance test and the dressage competition of his 70-day test. He was highly successful in international dressage competitions up to advanced/S levels. The premium and elite stallion is the father of six licensed Trakehner stallions, including the brothers Karolinger I and II as well as Hibiskus.

The breeding heroes Rubinstein I and Welt As complete this top pedigree on the maternal line. Under the saddle of Nicole Uphoff-Selke, his grandfather Rubinstein I was internationally successful up to Grand Prix competitions and his offspring won more than 2.5 million Euros.

At the elite foal auction in Vechta 2015, a sensational foal (Quattromani – A Jungle Prince – Game Fox xx) of our stallion QUATTROMANI OLD was sold to the US! His foals fascinate with a graceful light-footedness, a brilliant character and impressive harmony.

QUATTROMANI OLD is a dancer with a tactful movement, a strong lift-off and swing as well as an uphill canter at all times.